For this inaugural post, we want to highlight an issue that we haven’t seen or heard being talked about. It’s about the rate of change in the field of digital marketing. Perhaps ‘innovation’ rather than ‘rate of change’ describes it better.

We believe the rate of change in digital marketing is greater than in most other industries today. If we exclude emerging frontiers (think IOT, AI, robotics, particle physics, cancer research and the like), among the established industries (the paid ads segment of digital marketing is an established $224  billion industry worldwide) there are few parallels, especially when this rate of change is measured by the number of innovations per time period.

To illustrate this, in this post, we focus on just one segment of the digital marketing industry viz. ad platforms (Google AdWords, Facebook Ads, LinkedIn Ads et al).

Here’s what’s on our mind.

The online advertising industry leaders Google and Facebook are today among the 10 wealthiest companies on the planet.  In both cases, just one product viz. Google AdWords and Facebook Ads respectively accounts for over 95% of company revenues.

Google AdWords: the most profitable software product ever

AdWords is probably the most profitable software product ever in history, more so than Windows OS, which should now be the second richest product ever. What does this mean for the AdWords product? Alphabet (Google’s parent company) appears to have about 20,000 engineers on it’s rolls.  These are engineers who work on the over hundred products and new ventures that Alphabet, Google’s parent, has. Ever wondered how many of these work on a super-profitable product like AdWords? Here’s our guesstimate: 1,000; 1,000 of some of the most talented and qualified computer geeks out there. (To arrive at this estimate, we looked at posts on social media by ex-Googlers on how many engineers work on various products of the company. We couldn’t spot any number for AdWords itself and 1,000 engineers is our guesstimate for AdWords after looking at the numbers on social media for other Google products).

So here is the real question. What it is that these engineers who are assigned to AdWords do ?

The answer: They all work on adding new features and functionality to AdWords and work on projects to increase the product’s usage and on monetizing it better.

Here is an example of a new AdWords feature. This is being rolled out across markets and didn’t exist earlier. It’s called ‘Call bid extensions.’

Here is what it is. So far, call extensions (phone numbers that we see on Google Ads – in layman’s terms)  have been displayed selectively. Which means that even if a campaign has been set up to show the phone number, it is very much Google’s discretion whether to show this each time the ad is served. In actual practice, sometimes the phone number is shown and at other times it’s not.  Google does say that this decision is based on the relative quality or performance of the ad via-a-vis competition ads, but doesn’t give any details. Certainly, so far there has been no way to ensure that the phone number is always shown on the ad.

Now however, with the above call bid extension feature, Google proposes to change the system. It will now let you bid more per click to improve the chances that the phone number is shown.

As more and more people around the world switch to using their mobile phones as their primary device to browse and search, AdWords is introducing other changes in mobile advertising. Mobile ads are evolving to encourage advertisers to use phone numbers and phone calls as the main response mechanism – in place of the traditionally used landing page.

After launching what are called call-only ads, three weeks ago Google announced this change which can makes call-only ads more effective.

Our experience is that a new AdWords feature is being introduced almost
every week.

Much innovation is happening on other ad platforms too. Facebook has been trying to make creation and use of of mobile and video ads easier. LinkedIn recently allowed the use of video ads. There is too much happening
to sum up in this one post.

The above are changes happening in online advertising. Other digital marketing methods such as web analytics, email marketing, website design and development, organic social posts, search engine optimization and e-commerce  are all witnessing rapid innovation.

To sum up, the number of digital marketing innovations per week or month or perhaps we should say per day is – in absolute terms as well as relative to the innovation and change in other industries – a large number.

For us digital marketers, this industry dynamic comes with its own peculiar opportunities and challenges.

Next post: Three things we don’t want our prospective clients to do 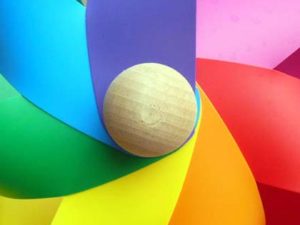